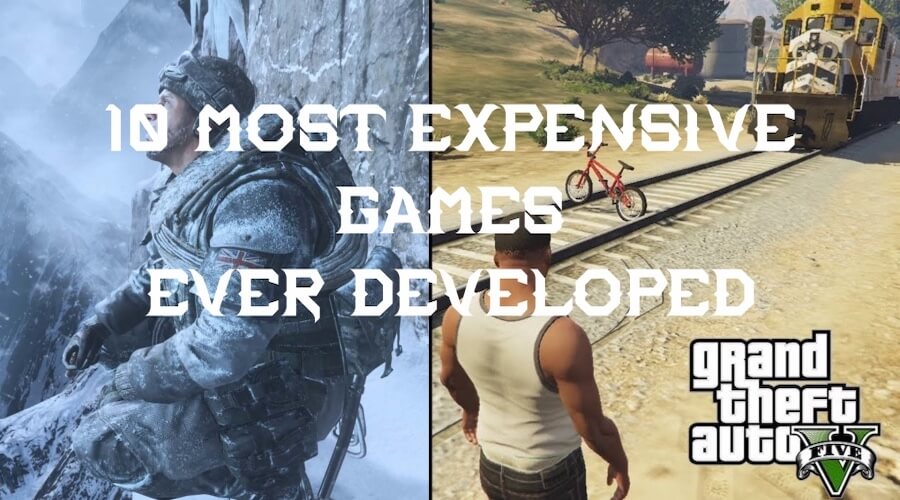 10 Most Expensive Video Games Ever Developed

When we say the word “VIDEO GAME”, things that come to our mind are fun, enjoyment and timepass. But have we ever thought that how big this industry is? Let us give you a little idea, in the year 2020 video games generate $150 billion in sales worldwide. The video game industry is no longer a small focused market but it has become a mainstream industry. So today we are going to talk about the 10 most expensive video games ever developed.

Grand Theft Auto V or GTA V is the most expensive game ever developed to this date. GTA V has a huge budget of $265 million and took 5 years to develop. With its superb graphics and storyline, GTA V became a huge success. Grand Theft Auto V made $1 billion in the first 3 days of its release and to this date, the game is making good money for the company.

Star Citizen was announced in 2010 and keep release in 2015 for testing to pre-purchase. Star Citizen is the biggest crowdfunded project in the gaming industry and they have raised more than $400 million in crowdfunding to this date. This game is still under development and the company is still taking money but failing to deliver on its promises. We all hope that we got to see the complete game soon.

Destiny is an online first-person shooter game with more than 25 million registered users. Destiny has a budget of $140 million and had made more than $1 billion in sales in the first year of its release. Destiny 2 has been launched as its successor in 2017.

6. Shadow of The Tomb Raider

Shadow of the Tomb Raider is second in series of reboot games and has a huge improvement over its predecessor with a huge budget of $125 million. The game received a great rating over all the platforms .i.e PC, PS4 and Xbox respectively 77, 75 and 82.

Dead Space is part of a fantasy book and game series. Dead Space was released in 2008 and sold 1 million copies in its first year. Dead Space was not a commercial success and didn’t do as per the developer's expectations. The game has 2 more games in the series Dead Space 2 and Dead Space 3.