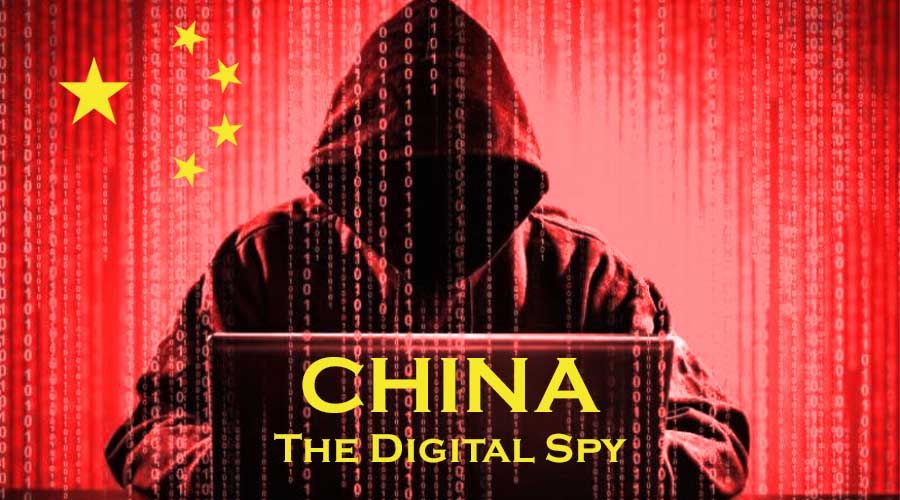 China has a history of violence and cheap tricks, it always has eyes on the lands/territories of its weak neighbours who can’t even defend their selves. From Hongkong to Taiwan, Tibet and other small countries, the world has seen the cheap and inhuman side of China. Now when China has eyes on the Indian Territory but India decided to call out china to fight and not back out. As a precautionary step, the Government of India decided to ban more than 100 Chinese apps including the famous TikTok and PUBG. Most of the youth supported the government of India to stand against China while many cursed them for banning these apps calling it just a desperate step. Some youngsters even committed suicide out of rage but the results came out positive when reports surfaced that Chinese companies started losing a lot. India was one of the biggest markets for these apps.

Although, the people of India were happy because now their kids are free from the viruses of PUBG and TikTok. They believed GOI did it to make China pay for its crimes against innocent Indian Soldiers but actually, the government banned these apps on the charges of stealing user’s critical and personal data. Most didn’t even care they just wanted these apps gone but if you are a responsible citizen you must be wondering: is China spying on us? Which are these Chinese spying apps? And, is China spying on citizens or Government officials? Well, to answer that you need to understand how China operates.

China has a policy of using different kinds of tactics to sabotage every step that a country takes. China even tries to sabotage elections of not just minor countries but also major ones like America and Britain. As a matter of fact, Americans arrested two Chinese personals who were calling themselves students, on the charges of spreading fake news. They were sending fake messages to American groups on Whatsapp against President Donald Trump and his government. Their main aim was to build aggression among American youth against the government so that Trump doesn’t win the next elections. In other news, one Chinese student was arrested on charges of stealing data from the American government. This is enough evidence to let the world know that China is into these kinds of spying.

Even Reddit CEO, called ‘TikTok’ a fundamental parasite and spyware owned by ByteDance Company. Indonesia was the first country that put a temporary ban on TikTok app for security reasons. Now India became the first country to put a definite ban on it, whereas U.S.A, Japan and some other countries are planning to impose a nationwide ban on the Chinese apps that have security problems. In fact, U.S.A has put a ban on Tiktok and Wechat from 20th September 2020 and these Chinese apps will be removed from Playstore.  Although, Chinese company officials denied the accusations and called it baseless that are made without a shred of proof. These arguments never end because China will never accept the truth as it means their defeat. So, let’s move on and understand how China spies on us.

China uses many tricks to get everything done and not get caught doing it but the world has seen enough of it and it is ready to answer China in the same tone. The rise in tensions at the Indo-China border and the South China Sea are clear examples of it. Here are a few tricks of China that came in daylight:

The Chinese government has policies that are unique from the rest of the world. The government of the People’s Republic of China understood the fact that manufacturing and labour cost in China is very cheap and it will attract many foreign companies. So, they took this opportunity to start spying on these MNCs. According to government policy, any foreign firm that wants to work in China has to provide its IP addresses to the government. The government then uses the IPs to steal or spy and later sell it to their local companies. Ever wondered why Chinese people are not on Facebook or Whatsapp, the prime reason is mentioned above. The government stole data from IPs and sold it to their locals and clones of these apps were made.

China has clones of every major social network from Google, Facebook, Whatsapp, Youtube and whatnot. These government policies are only beneficial to them and that is one of the main reasons why major 56 Companies are shifting their manufacturing from China, other being the Covid-19 pandemic started from China.

Chinese companies have manufactured so many games and apps in the recent few years that are very user friendly. People fell in love with Tiktok, Shareit, and Beauty Cam apps but they forgot that these are Chinese apps and China took advantage of the same. They collected data of every individual from their personal stuff to e-mail addresses, phonebook, pictures and so on. A major security firm in the U.S conducted a survey last December on these Chinese apps and found major loopholes in the security of the apps.

The agency shared information that these apps can be hacked by anyone to steal your important data. There were major bugs that can allow any hacker to even allow and delete videos from your profiles. Although, people didn’t care and carried on with the apps as they used to but that again gave China the license to do as it pleases them.

Think about Jack Ma, one of the world’s best entrepreneurs now was once nothing but he got backed by the government. Chinese Government made him their puppet and used him to run their shows in exchange for providing him with the stolen information of the MNCs. Now, he is among the top world-class businessman but people still believe that he works as a puppet of the Chinese government because he is not that smart.

Huawei is a major tech firm from China which does business with every major country in the world. Lately, U.S.A doubted that Huawei officials are stealing sensitive information from their secure servers and put a stay on deals with Huawei. Huawei was the first company in the world claiming to build the 5G technology and the whole world made deals with it to install 5G in their countries. When governments came to know about the deeds that Huawei can do with their tech, every country put a few steps back and put a hold on deals with Huawei.

According to some officials, Huawei is planning to introduce 5G to use to control every data sent by the government officials. Think of the damage that could be done if one company has it all to control any government, a company that has all the dirty secrets of the government.

China is hungry and its hunger is never-ending for power. China just wants to dictate the whole world by any means necessary and spying on every movie of every major country is one of its master plans. China can control any government if they find out its secrets. Chinese Government is not only interested in the data of the country’s population, they also want to spy on political leaders to manipulate them in their own deeds. Just think about what your enemy can do if they already know every step you will make. The Chinese government wants the world to bow down to their power and the biggest example of such tactics is COVID-19 virus.

While the world is still struggling to win this war against this deadly virus, China is busy expanding its GDP. Even scientist from China itself has come forward calling COVID-19, a man-made virus created in the lab of Wuhan and freed on the whole world. However, the Chinese government will never open its gates for an independent investigation. Now we have discussed how china spies on us and what are its intentions for doing it.

This just portrays a small picture, to understand the whole thing, we have already discussed many other tactics that China uses, please read blogs in the Current Affairs category to learn more about it.

We hope you liked what you just read, we will be waiting to hear from you. Please subscribe to our free newsletter if you don’t want to miss out on any updates. Drop your feedback in the comment section, we really appreciate your valuable feedback.

Who is an EntrepreneurAn entrepreneur is someone who has a business idea, from which a...

We all know how dangerous the coronavirus is. In our previous...

The world has already seen two world wars and we surely don’t need to discuss what...

With the new year just around the corner, you might be thinking of a new habit or...