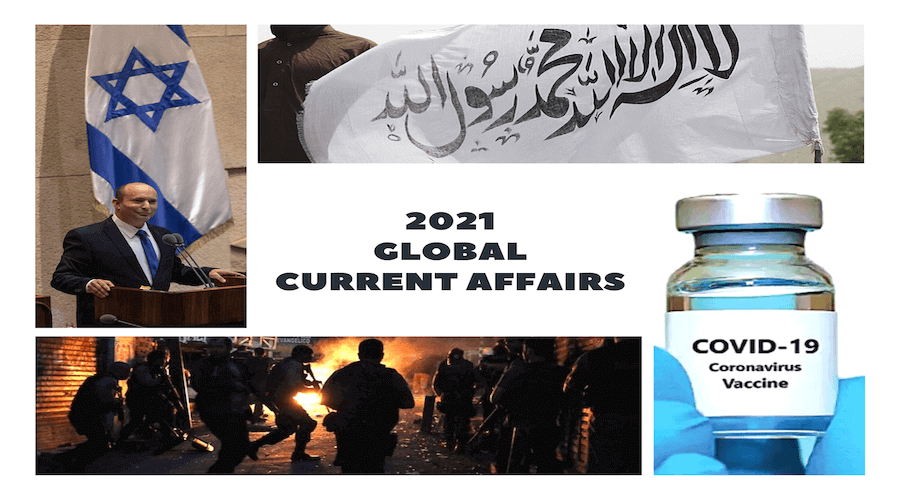 So, 2020 was a roller coaster of a year, so much happened in this year and we are glad that it ended. No, God didn’t make an appearance and no aliens were discovered, but jokes apart, if we had a word to define 2020, it would be “Chaos”.

Pandemic is still far from over, and we are still working from home.

But we are here to discuss this year, so let’s begin with January.

This year started with a new strain of the Covid-19 virus being discovered in the UK. This created panic in the world as it was more contagious than the previous, but fortunately, it was not more lethal than the previous. Vaccine makers started community testing, including Pfizer and Covaxx. India also approved two vaccines for community testing, i.e. Covaxin and covisheild.

Farmers are still protesting on the borders of Delhi demanding the repeal of 3 farm laws passed last year. On 26th January, due to some anti-social elements, some of them were distracted from their tracks, which led to a violent clash between police and protestors. Many protestors and police officers were injured and some of the protestors climbed the pole on the Red Fort and hoisted “nishaan sahib”.

On 6th January, a large group of Trump supporters stormed into the US Capitol, destroying the belongings of the building. This led to Donald Trump being impeached for the second time in his tenure on 13th January. Joe Biden was sworn in as the new President of the US. Kamala Harris was also sworn in as the Vice-President. US Senator Bernie Sanders’ picture from the swearing-in ceremony went viral and was memefied all over the internet.

Speaking of memes, the GameStop stock(GME) prices hit an all-time high of $347.51 on 27th January. This was a result of a trend that started on r/WallStreetBets to save GameStop from disappearing from the market due to extreme shorting of its stocks by multi-billion dollar hedge funds such as Melvin Capital, etc. This led to these hedge funds losing billions of dollars that they gained by shorting the stocks.

Speaking of the Internet, Elon Musk, the Richest Man on the Planet, supported the Redditors investing in GME stocks. He also encouraged investing in bitcoins and DogeCoin, which resulted in an increase in the value of DogeCoin by 50% in a single day.

The Bombay High Court on 19th January issues a controversial verdict stating that only direct “skin-to-skin contact” is necessary for any sexual offence. Following all the criticism, the Supreme Court of India stayed the verdict.

A Boeing aircraft lost contact just moments after it took off and crashed near Indonesia. Indian forces had a small faceoff with Chinese infiltrants at the Naku La pass on 20th January.

With the discovery of the new strain, further lockdown has been imposed on most parts of the world. In Maharashtra, India, a new variant of the virus was found and it is believed to be more contagious than the original one. The vaccination drive is also active in the country. More than 22 million people have been vaccinated in India to date.

Farmers protests are still going on and are now widespread in different parts of the country. There are ‘Mahapanchayats’ being held every day in a major part of northern India. Police installed permanent structures at the border places where the farmers have settled at Delhi borders. They were removed after almost a month. Some international celebrities tweeted in support of the farmers, which led to the domestic media criticizing for commenting on our “Internal Matters”. These are the same media houses that criticize other countries on their “internal matters” almost every day. This criticizing led to Delhi Police filing an unnamed FIR for an “alleged” controversial toolkit shared by Greta Thunberg. They arrested a climate activist Disha Ravi for being involved with a Khalistani organization. She was later given bail by the court on the pretext of lack of evidence by the police. These all situations were to distract the citizens from the real issue of the farmers.

Petrol and diesel prices were at an all-time high, and there are no evidences of it getting any lower than that. All this situation was created by the rise in excise duty on the fuels, the rise was Rs 13 per litre on petrol and Rs 16 per litre on diesel in just one year. Now the government is blaming this on the rising price of crude oil in the international market, but the real reason is explained to you in our blog, “Why petrol prices are rising?”

On 1st February 2021, the Myanmar army’s TV station announced that a change of power has taken place in the country. All the democratically elected leaders including Aung San Suu Kyi and President Win Myint were detained. The location of their detainment is not yet released.

24 ministers were removed from their posts and 11 were replaced. Internet and banks were shutdown throughout the country.

The citizens are trying to revolt against the military, but they are being suppressed by the army.

On 7th February 2021, a glacier burst in Nanda Devi National Park, outer Garhwal Himalayas led to a disastrous flood in the Chamoli district of Uttarakhand, notably in the Rishiganga and Dhauliganga rivers. More than 70 people are confirmed to be killed in the disaster. Had it been summers, this disaster would have done disasters comparable to the 2013 Disaster at Kedarnath.

The low level of water in the river streams reduced the impact of the flood exponentially.