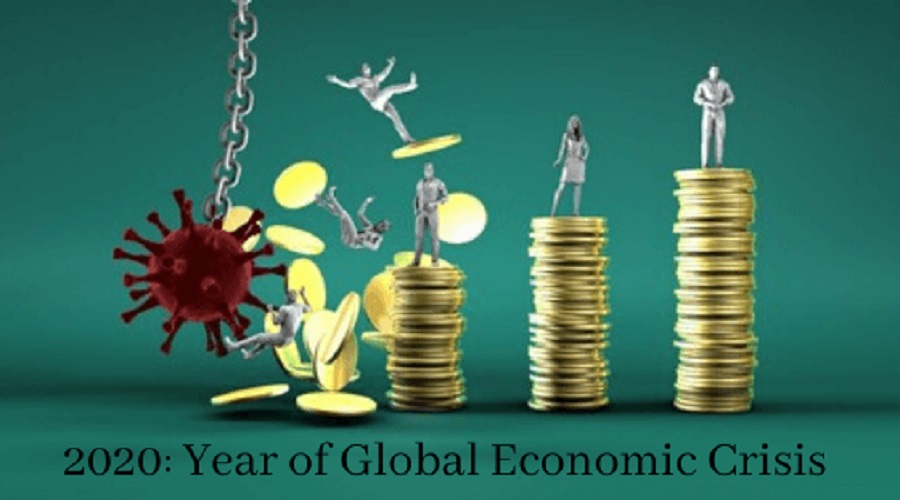 The Global Economic Impacts of COVID-19

COVID-19 also known as Coronavirus, a global pandemic, With over 7.4 million suffering and more than 400 thousand people dead around the world, this disease is still not in the slackening phase. The world economy might be at the brink with all the lockdowns imposed by governments. As no vaccine is yet found, this seems the only way for the government to slow the spread of the virus.

Since April, a large number of governments and business around the world have started the re-opening phase past the COVID-19 lockdown. These are encouraging signs for the economy but still, it will take a long time to get the economy back on track. The IMF projects world growth to fall to -3 (i.e. negative 3) in 2020. In January 2020, it was predicted to be 3.3 in 2020. The world growth took a downfall of 6.3 in just 3/4 months’ time span. So basically, this is a crisis like no other.

Even after the lockdown phase, when the markets and the businesses are reopening, the people are more negative than positive about the growth of their businesses in upcoming times. Many of them believe the conditions will improve in the next few months but still many are being a pessimist. The world has different stands on what comes next as the year 2020 has turned out to be the worst year for the planet earth so far. Read 2020 vs. planet earth for more. Many businessmen associated with the manufacturing and industrial sectors are claiming to lost their supply chains post the lockdown as still no country has yet opened borders for import and export. This will thrive the economy as these sectors contribute to the economy at large. Several other industries such as medicine, packaged goods, automotive and etc. are also at risks after the supply chain disruption.

The shock of this pandemic has been more severe and robust to the world economy than the 2008 financial crisis or the great depression. The stock market has collapsed like no other. Although, in the last few months the stock market has shown some signs of improvement but it will take some time to get it back to normal. The U.S Stock market has seen the biggest downfall since 2008 when the market crashed by 20% during the first phase of the lockdown. Many experts believe that the unemployment rate across the U.S will skyrocket to around 20% and that of the whole world to around 30%.

The predicted unemployment rate is as shown in the chart below:

Nor during the great depression or even the Second World War, the economy has been fully packed up like happened in the past few months around the world. Countries first need to slacken the widespread of the virus and then focus on getting the economy back on track. The world needs to take drastic steps to ensure the economy rise in the second quarter of the year 2020. Some governments like India, U.S and more have already provided easy options for the growth of industries in their respected countries. The governments are providing loans to businesses but it needs to be properly monetized as the interest might skyrocket in the future times.

The only country which is not at the collapse of the economy might be China as they are already back on track with their industries operating at full capacity again while the world is still not over the problem of the lockdowns and Corona Virus. Although, many industrialists who had invested in the Chinese market and who  have many manufacturing units in the China is planning to move its production out of the country as they seem to be blaming China for this global pandemic. This will for sure hurt the Chinese economy but not as severe as others.

There seems to be an economic war started between Russia and Saudi Arabia oil in March 2020. The main reason behind that is Russia refused the idea of reducing the oil production to keep the prices of oil in check. As a result of the COVID-19 pandemic, the demand and supply chain of the oil was interrupted and hence the oil price nearly dropped down to 0.1 $ per barrel. The factory output and transportation fell which resulted in Saudi appealing to countries to buy the oil in major proportions. According to some experts, the Chinese government used this opportunity and filled their storages. After all this, a question arose everywhere in the world; will the stock prices of oil ever recover? Everyone has their own opinions, but most of the oil industry experts, analysts believe that it might take more than a year before the prices get back to the year 2019 levels.

According, to the World Bank, the COVID-19 pandemic has triggered the deepest global recession in decades. Although, predicting the future is uncertain but still it can be said that the pandemic will result in the downfall of emerging markets as well as developing countries and the scars will be everlasting in some cases. Even the poverty in many countries will remain affected in the post-pandemic era. The following graph shows the prediction across the world of poverty by World Bank:

It clearly suggests that by the end of June, the poverty in major countries will rise nearly up to 200 million which will quietly affect the economy of these countries.

Unless the pandemic is stopped, the markets and economies might continue their free fall around the world but even if the COVID-19 pandemic is contained, the growth might not return to normal this year. In other words, every component of the industries is downgrading: - demand, supply chain, consumption, production lines and whatnot. Only China is the country which might contradict this and still manage to raise their economy as when the world was suffering from the gift they gave to the world, China was basically enjoying the various business opportunities laying in front of them from selling PPE kits, ventilators, masks, sanitizers to the world to storing the oil available at cheap price.

All the factors from recession to poverty, from the stock market to downgrading industries, everything is coping up to the shrinkage of the economy. The whole world is making efforts to sort out the problem laying in the upcoming future but fighting the economy downfall will take time.

We hope you get a better understanding of the topic. Please free to let us know all your suggestions in the comment box below. Visit again for regular update.

A business is set up on some basic principles or so-called pillars like management,...

GDP of India is at the bottom of the ocean for the first time in history with a decline...

Plagiarism, a word every blogger is familiar with but many doesn’t even know...

“What’s in a Name?” This is a famous quote from Romeo and Juliet by William...

In our last blog, we discussed the importance of SEO for your website. Today in this blog...