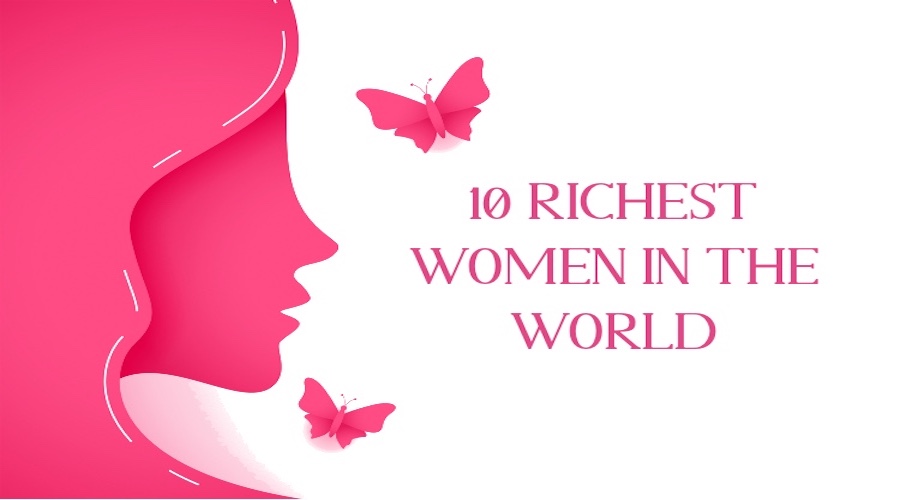 Alice Walton lost her first spot on the list of 10 richest women in the world to Francoise Bettencourt Meyers but still, she was able to up her wealth by $7.4 billion from last year. Alice Walton is the daughter of Sam Walton (Founder of Walmart). Since Walmart introduces free shipping to the customers that resulted in Walmart’s online sales went up by 69% and most people say that Alice was the brain behind the decision.

MacKenzie is the Ex-wife of Jeff Bezos (founder of Amazon) is got a 4% share in Amazon after her divorce from Jeff Bezos in 2019. She recently got married to Dan Jewett who is a science teacher and together they vow to give away most of her fortune. During the pandemic she becomes the biggest philanthropist, giving away $5.8 billion to various causes.

Julia Koch is the widow of David Koch who died in 2019. She and her children own a 42% stake in Koch Industries, which is the biggest private own company in America as per revenue. Julia Koch is a board member of a $116 billion company whose chairman is Charles Koch (brother of David Koch).

Miriam Adelson is the 56% stakeholder in Sands casinos and resorts. Adelson is the widow of Sheldon Adelson (former owner of sands) who died in January 2021. Sands lost $985 million in the second quarter due to the pandemic. Sands announce that they are selling their Vegas properties for $6.25 billion so they can better focus on business in Macau.

Yang Huiyan is the youngest person in the top 10 list of richest women in the world in 2021. She owns 58% of the Chinese real estate developer Country Garden Holdings that was founded by her father. The company's shares fall by 14% due to pandemics in 2020. Yang is also the chairperson of the U.S list education firm Bright Scholar Education Holdings.

Susanne Klatten owns 19.1% stakes in BMW which she got from her mother Johanna Quandt after her death. BMW has a $119 billion revenue and their stock prices rise by 93% in 2020. Susanne Klatten also owns an Atlanta AG, which she turns into a world-class chemical company.

Iris Fontbona is the widow of Andronico Luksic who founded the Chilean mining company Antofagasta. She and her children own the company that had $5.1 billion in revenue in 2020. Iris also owns a majority stake in Quinenco, which is a publicly listed Chilean conglomerate deal in banking, manufacturing and beer.

This is the list of the world's 10 richest women in 2021. let us know what you think about it in the comment box below. Check out the list of richest people in the world in 2021

Subscribe to our free newsletter for our latest blog update.

When we say the word “VIDEO GAME”, things that come to our mind are fun, enjoyment...

“WORK FROM HOME” was a rare term we got to hear from people...

“India” the biggest democracy in the world, you all have heard it but the question is...

“GAMING” when you hear this word, the first thing that comes to...

We have already discussed the different aspects related to blogging. Today, in this blog...

Content writing, a field where everybody thinks they are an expert until or unless they...