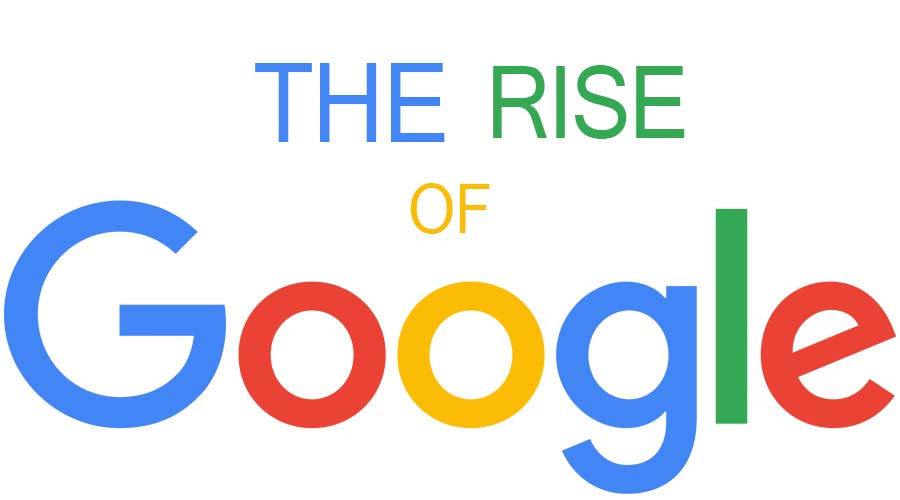 “Lots of companies don't succeed over time. What do they fundamentally do wrong? They usually miss the future.”
– Larry Page

‘Just Google It!’ This the first thing you say when someone asks you about anything. Some even mistake Google to be the Internet.
From a college research to a 1.7 trillion Company, how did Google succeeded where others failed?

Larry Page and Sergey Brin, the founders of Google, developed an algorithm called PageRank, which provides ranking to the web pages in the search index. They were successful in providing optimized and accurate results. The name Google was actually a misspelling of the word ‘Googol’, which is the number 10100. They wanted to provide a large amount of information to a huge audience. Google was first hosted on Stanford’s website as a sub-domain google.stanford.edu. On 15 September 1997, Google registered their own domain name and started the company on 4 September 1998 in the garage of a colleague Susan Wojcicki, the first employee of Google and currently the CEO of YouTube. Facing a dilemma between focusing on the business or focusing on their Stanford degree, they tried to sell their algorithm to Yahoo, which was a giant in the Search Engine field, but Yahoo declined.

Following that, they started focusing on growing their company and started acquiring other companies. Unlike Yahoo, whose management made some bad investments that led to the fall of the company, Google had visionary thinking and most of the acquirements made by them are still a huge success.

Let’s have a look at some of the best acquisition of Google:

1. Android OS: Google acquired Android OS for $50 million in 2005. As of May 2021, Android has a market share of 72.72% in the total smartphone OS around the world.
2. AdMob: Google bought AdMob for $750 million in 2009. AdMob is a mobile app monetizing company, that helped mobile apps monetize and promote themselves. Today, it is the largest mobile ad network.
3. YouTube: Google bought YouTube for $1.65 billion in 2006. YouTube is the biggest video sharing platform on the internet today.
4. HTC R&D Division: Google bought HTC R&D Division for $1.1 billion in 2017, which allowed them to innovate on the Google Pixel devices.
5. DeepMind: Google bought DeepMind in 2014 for over $500 million. DeepMind plays a major role in Google’s vast neural network technologies.

These were some of the greatest acquisitions by Google. But the major part of the success of Google was to accept the failure of certain project or service. Some of them are listed below:

1. Google Video: Google created a search engine for videos, similar to Google Images but soon shut it down and replaced it with YouTube results in the searches and focused on YouTube for videos sharing.
2. Nexus: Nexus smartphones were the first google phones designed with LG but they abandoned the whole lineup of their smartphones and replaced them with Google Pixel.
3. Google+: Google created their own social media site named “Google+” aiming to compete with Facebook, but Google realized that their app was not performing as expected, so they abandoned the project.

Overall, with the proper management and visionary decisions, accepting failures and providing alternatives led Google to the stage where they are today.
Also, read our blog on "Why Yahoo failed?”
Please feel free to let us know if you have any comments and suggestions. Please subscribe to our free newsletter to stay updated about our latest blogs.

So, you’re thinking about venturing out on your own and starting a...

In today’s digital world, having a business and not taking it online is like having a...

While India is still fighting hard against...

The Education Policy of India was dated to medieval times and it was not doing any good...

When someone says the word SOCIAL MEDIA, the first name which...

With the new year just around the corner, you might be thinking of a new habit or...