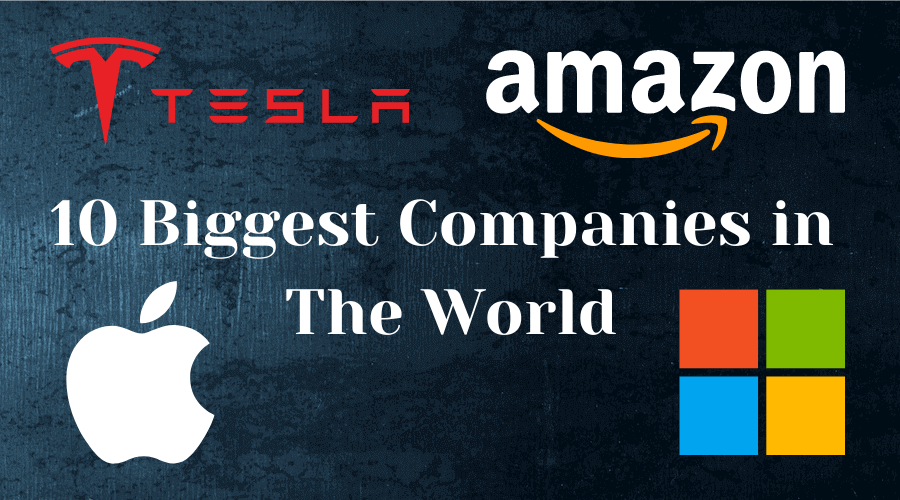 ●Valuation: $570.69 Billion
●Share Price: $60.67
●Chairman: Ma Huateng (Pony Ma)
●Category: Technology, Gaming, Investment, Social Media, Internet
Tencent Holding Ltd or more commonly known as Tencent is a Chinese multinational tech company was founded in 1998. Tencent has investments in almost every field of technology. In the last 10 years, Tencent has had a 2000% increase in its share value. Its headquarter is located in Shenzhen, China.

●Valuation: $729.46 Billion
●Share price: $97.18
●Chairman: Mark Liu
●Category: Technology
TSMC might be the new name to you but if you use electronic devices like smartphones, laptops and computers then there are high chances that you are using one of their products. TSMC makes semiconductors for major tech giants like Apple and Intel. It is a Taiwanese company, with its headquarter in Hsinchu, Taiwan.

●Valuation: $923.27 Billion
●Share Price: $289.80
●Chairman: Mark Zuckerberg
●Category: Social Media
Meta or Facebook is a social media platform with 2.31 billion active users that is 31% of the total earth’s population. Facebook was founded in 2004 by Mark Zuckerberg and his roommate at Harvard college. Major subsidiaries of Facebook are WhatsApp, Instagram and many more.

●Valuation: $1.02 Trillion
●Share price: $1049.61
●Chairman: Elon Musk
●Category: Automobiles
Tesla is a Palo Alto, California-based electric automobile and clean energy company. It is one of the fastest-growing companies in the world with a more than 500% increase in its share value in just 2020. Tesla was founded in 2003 by Elon Musk.

●Valuation: $1.75 Trillion
●Share Price: $3224.28
●Chairman: Jeff Bezos
●Category: E-commerce, AI, cloud computing, digital streaming
Amazon is the biggest E-commerce platform in the world with its headquarter based in Seattle, Washington. Amazon was founded by Jeff Bezos in 1996. Amazon started as an online book store and today turned itself into the biggest online marketplace.

●Valuation: $1.94 Trillion
●Share Price: SAR 36.75
●CEO: Amin H Nasser
●Category: Oil and Gas
Saudi Aramco is a public petroleum and natural gas company in Saudi Arabia. Since 2020 it is one of the biggest companies in terms of revenue and has a revenue of more than 1 billion dollars every day. The Saudi government has a major stake in the company and has its headquarter in Dhahran, Saudi Arabia.

●Valuation: $2.57 Trillion
●Share Price: $310.20
●Chairman: Bill Gates
●Category: Information Technology
Microsoft is an American technology giant with its headquarter located in Redmond, Washington. Microsoft develops software for major tech platforms. It was founded by Bill Gates in 1975. It has been the undisputed king of operating systems and software for computers, laptops, tablets and smartphones.

●Valuation: $2.94 Trillion
●Share Price: $173.07
●CEO: Tim Cook
●Category: Electronics and Technology
Apple is an American technology and electronic company founded in 1976 with its headquarter in California. When it comes to class and style there's no one better than Apple. Its deals in smartphones, smartwatches, tablets and many more with their own operating system. Today Apple has more than 100,000 employees around the globe and thousands of offices and brand stores.

We hope you enjoy reading the list of the 10 biggest companies in the world in 2022. Please feel free to let us know in the comment box below if you have any comments or suggestions.

"We are our choices. Build yourself a great story." -Jeff Bezos, Amazon...

In this era of advancement, social media platforms are like...