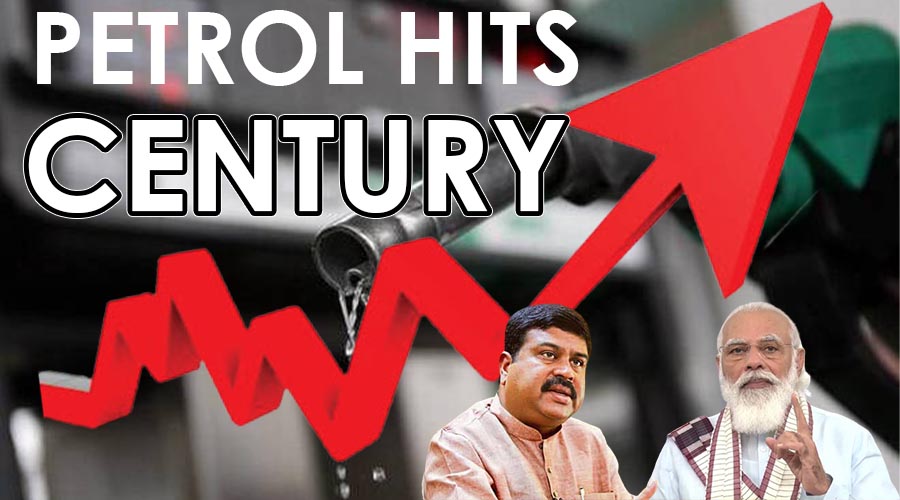 Why petrol prices are rising?

The petrol prices in India recently crossed a Rs 100 mark in a few places of Rajasthan and Maharashtra. The other places also witnessed prices not less than Rs 90 per litre But worry not, according to our government, it is good for the taxes, the more you buy, the more tax goes to the government’s treasure. The government blames the previous government’s policies and the pandemic for the rise in the prices of petrol and diesel. Apart from that, they fail to give any strong answer to the prices hitting a century.

Before we start discussing the reason, we should have a look at how the prices are decided for the fuels. Before 2010, the government of India used to decide the prices of petrol and diesel. This put the government under a lot of pressure to keep the prices low for the consumers. Keeping that in mind, in 2010, the government introduced “deregulated” prices for petrol which was directly affected by the global crude oil rates. The prices were announced every 15 days. In 2014, diesel’s prices were also “deregulated” by the government. On 16 June 2017, the government decided to announce the prices daily instead of once every fortnight so that a small fluctuation in the global market could affect the Indian market and according to Government, the rise in global prices are now increasing and affecting our prices. This whole explanation leads to a simple question, Why were the prices not decreased when the global rates even hit a negative price during the pandemic?

Notice how the excise duty on the prices is even more than the base price of the fuel. Now let’s break down the current prices of the market.

These statistics were from the Delhi prices, where the VAT was relatively less compared to other states where the prices hit the Rs 100 mark. Here is the list of prices of petrol and diesel in different parts of the country.

Let us quickly move back to 2013-14, during the previous UPA-2 government led by the Indian National Congress(INC), when the prices of petrol hit Rs 70 due to the rise in the international price of $110 per barrel compared to the current price of $54 per barrel.

Even when the international prices hit a low of $20.20 per barrel in June 2020, the central government didn’t decrease the prices for the citizens and blamed the pandemic and fiscal deficit on the country.

Impact of the rise in price

After gathering all the data and information, we came to the conclusion that Indians pay 10 times the amount the price paid by the developed countries when compared through their per capita income. The government fails to provide a solid reason for the rise in excise duty on fuels. Even when the international prices were as lows $20.20 in May-June 2020, we were still not given benefits on the pricing. The excise duty on petrol and diesel were increased up to 3 times and 6 times respectively during the 7-year reign of the current government. And now, when the global prices are once again rising, there are no chances of this price dropping down.

Make sure to let us know in the comment box if you have suggestions or feedback. To stay connected with our latest updates subscribe to our free newsletter.

Today when the whole world is affected by COVID 19. Everyone is looking for an additional...

21st century, the era of the start-ups, the world has seen many start-ups in this small...

Who are the Taliban? The Taliban that means student in the Pashto language...

Are you a blogger?Are you looking to build a WordPress website?Are you searching for the...