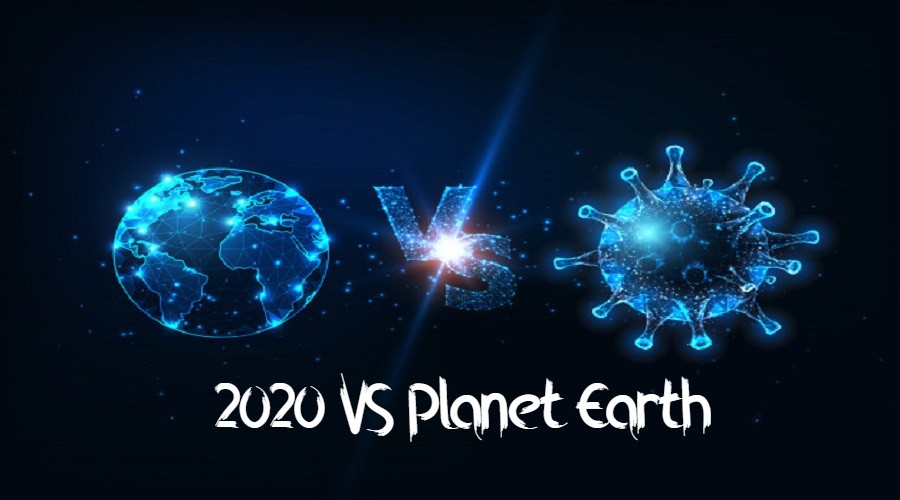 On 1st January 2020, people around the world were happy and excited about the New Year, everyone was taking resolutions to do things this year, which they always wanted to do. While others were already breaking the resolutions by doing the exact opposite of what they promised to their wives last night. Still everyone was hoping that the year will be like any other year but it took a serious turn on the very third day of the year itself when the U.S killed one of the strongest people in Iran .i.e.Qasem Soleimani- the Iranian general’’. People were already talking about the third world war when the news hit worldwide. Soleimani was commander of the Quds force which was declared as a terrorist organization by The U.S. He was a major figure in Iran and in the official statement by Iranian supreme leader, they stated the informant who led to the assassination of the general will be executed soon. Iran was kin and determined to take revenge for the same.

Later on 8th January 2020, a Ukrainian airlines flight was shot down from the sky and all the 176 passengers and crew on-board were killed, the incident was first considered a technical error but on the 11th of January, Iran took the responsibility of the incident by describing it as an "unforgivable mistake’’ which was caused by mistaking the flight as a cruise missile from the U.S. The tension was skyrocketing in all parts of the world as all the countries have already chosen sides and ready for the world war but after a few quiet days, people as always are forgetting about all of this and ready to move on.

Another disturbing news was waiting when the world came across the Australian bush fire incident in the mid-January, Australia has a history of wildfires over the last few decades but this one turned everything on its heads when many innocent wildlife animals died and the fires were uncontrollable even after days of trying and endless efforts by government and other officials who were endangering their lives to save the animals.

The world was not even over the bushfire incident, another news came knocking when  famous NBA Player considered as one the greatest of all times ‘’Kobe Bryant’’ died in a helicopter crash with one of his daughter, five other passengers and the pilot. The news hit hard not only the NBA fans but everyone around the world. By the time this happened, Coronavirus also known as COVID-19 was gifted to the world by China, the virus was spreading like fire.

On one hand, coronavirus was spreading across the globe uncontrollably, and major cities and countries were reporting their first corona deaths. On the other hand, the world’s strongest leader ‘Donald Trump-president of America’ was accused of abusing his powers for wrongdoings in other countries. It was the third in the history of America that a president was going on trial in U.S Senate but later president Trump was acquitted by the senate. But the coronavirus was on the loose and still uncontrollable.

The month started with an airstrike on the Turkish soldiers by the Russian backed Syrian regime forces, at least 33 soldiers were killed and 35 got injured as per as official statements. Turkey who was backing some Syrian anti-government fighters called this attack a cowardly attack on heroic soldiers. After a few days, another disheartening news came from Tunisia where two people blew themselves in front of U.S Embassy in Tunisia.

The world started to hope for some good news as there was none so far in this year but their hopes were shattered when the Coronavirus was termed as a global pandemic by the W.H.O. This pandemic was affecting all the countries and all the sporting events, mass gatherings, public meetings, concerts and everything were called off. Even 2020 Olympics were postponed and the world witnessed the very first nation-wide lockdown by Italy due to serious outbreak of COVID-19. After that most of the countries started their lockdown phases… India imposed its first lockdown on 22nd March. The lockdowns resulted in the crashing of the global market and as a result, the stock market was crashed.

When April started, everybody was hoping that God will appear and say the year 2020 was a prank so far, happy April’s fool day but that didn’t happen and COVID-19 cases around the world surpassed one million in the very beginning of the month. April will now be known as the lockdown month as the whole world was in lockdowns. Later this month, one of most terrible news came from Palghar, Mumbai, where a mob killed two monks and their driver while they were in police custody and had nothing to even defend themselves. It was not major in the world events but killing three unarmed men with sticks in front of police officials while they were begging for mercy and one of them was more than 70 years old. It surely gave Goosebumps to whoever saw the incident on news.

May started with Iranian Naval accident, in which around 19 sailors were killed as per as official statements. The accident took place during naval exercises when a missile accidentally strikes their own ship. Another accident took place in Pakistan when a plane crashed in a residential area; it was boarding 91 passengers and 8 crew members out of which only 2 survived. The world also noticed the damage that can be done by small insects in large groups during this month when locust attacks were noticed in the Asian countries, these locusts were attacking crops of the farmers and destroying every last bit of the crops leaving farmers and their lands with nothing. During the same time, Murder Hornets were seen among different parts of the U.S. 3-4 stings of these hornets are enough to kill any full-grown man.

Protests erupted in the latter part of the month in The U.S when a black man was killed by manhandling from cops. It started a revolution where everyone was on streets with banners saying ‘black lives matter, all lives matter’. Even riots were noticed in many places. Many shops, showrooms and even malls were damaged and products were stolen. The government had nothing to control the protesters. Even, in June the protests are going on around every major despite all the CORONA cases.

People around the world were already calling this year ’the endgame’ by the starting of the month as the Corona cases over the world was more than 7 million with more than 0.4 million dead. Corona is still spreading like fire and no one has the answer on how will we stop it? Although India and China always had some border issues but this was not the time to fight over it during the pandemic. China first gave the world, Corona and now fighting with India while the Indian government is already fighting against Corona. This is the reason why the world should come against China and try to expose the game they are playing.

Two major oil spill cases are noticed. One in Assam, India and the other in Russia; In Assam, an oil well has been leaking which officials have been trying to control but were unable to which resulted in a fire that caused thousands of people to leave their towns. Russia declared a state of emergency after 20,000 tons of diesel oil leaked into a river in the Arctic Circle. This can well result in environmental hazards. It would at least take 5 to 10 years to clean this mess up.

After almost 6 months, Iran responded back to the U.S. They issued an arrest warrant against President Trump and 30+ others for their involvement in the conspiracy against their top general. They face "murder and terrorism charges". Iran has also asked Interpol for help in detaining the U.S President.

We have only completed half the year so far and we are already fed up of it. Nobody knows what the other half has in pockets for us.  Although no one in this world is capable of predicting the future with a giant asteroid coming towards the earth and the pandemic showing no signs of stopping, the world can call this year, `the worst of the years so far’. Let’s just hope, this is the end of miseries and the rest of the year will be better.

We hope you liked our blog, please let us know with your valuable suggestions and feedback. If you don’t want to miss on any latest blogs, do subscribe to our free newsletter.

Who is an EntrepreneurAn entrepreneur is someone who has a business idea, from which a...

21st century, the era of the start-ups, the world has seen many start-ups in this small...

“The challenge of leadership is to be strong but not rude; be kind, but not weak;...

Blogging is one of the most trending things on the internet nowadays, everyone likes to...