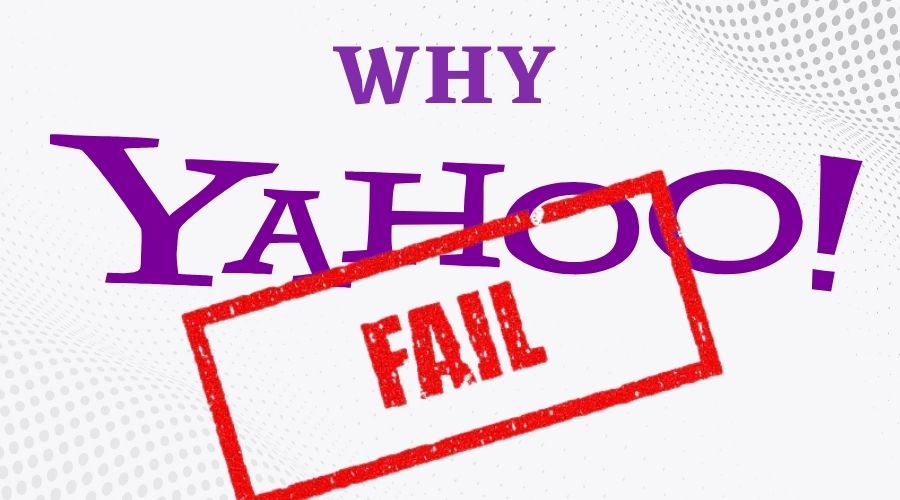 “Do you Yahoo?” you all remember this tagline, don’t you?

But what happened, why did Yahoo fail in the battle of the search engines.

They were the first of the big names associated with the internet, predating Google, Amazon and others. Just for a reference of how much Yahoo came down, in 2008, Microsoft offered $44.6 billion to acquire Yahoo! But they declined the offer. Not even 10 years later in 2017, Verizon acquired them for just $4.48 billion, which is around 1/10th of what Microsoft offered in 2008.

In 1994 the internet was not the same place as it is today, it was just a place where the websites were present but not organized. Jerry Yang and David Filo wanted to organise their favourite websites on a single website. Not so long, it became a large directory for a large variety of websites from different categories. It was originally called ‘David and Jerry’s Guide to the World Wide Web’ but later changed to Yahoo! As we all know it today. After seeing the exponential growth in the number of users, Jerry and David appointed Tim Koogle as the CEO of Yahoo in 1995. Yahoo filed its IPO in 1996 and gained a market value of nearly $300 million. They became the number one website in the world in 2001 and remained on the top for the next 5 months.

Yahoo instead of providing a gateway to the internet aimed to become the internet, they bought many different companies targeting different users and renamed them, for example, Rocket mail to Yahoo mail, and many more, yahoo shopping, yahoo games. Yahoo finance, etc. But failed to create an ecosystem around them, which we see today in the case of Google.

Some of the worst acquisitions that Yahoo made were:

• Broadcast.com – Yahoo bought Broadcast.com for $5.7 billion in 1999. It was an internet radio company which most of us has not heard of. Yahoo ultimately shut it down after a few years of purchasing it.
• GeoCities – They bought GeoCities for $3.56 billion in 2002. It was a website building service that was also a failure because of the lack of proper leadership.
• Tumblr – They bought Tumblr for $1.1 billion in 2013, which also failed drastically.

Some of the major acquisitions that Yahoo missed or neglected:

• Google – Yahoo had multiple opportunities to buy Google, the most known was in 2002 when they could have bought Google for $3 billion dollars but due to negligence in management, they missed out on the deal.
• Facebook – While this offer was not much entertained by Mark Zuckerberg, they offered $1 billion to buy Facebook in 2005 but lowered the offer even less. So, the deal never happened.
• Adaptability with smartphones – Yahoo was a bit late to adapt themselves for mobile users, which cost them most of the initial consumers of the smartphone industry.

From 1995 to 2017, Yahoo witnessed 7 CEO swaps, imagine it as a high school’s sports team, whose coach changes every single year.

They flourished because they were early in the market, but did not keep up with the trends and didn’t catch up with their rivals such as Google and Facebook, both of which also run on the same business model of ad revenue. Yahoo still is in the market, but due to stronger competition, poor selection of acquisition targets, splitting their targets in too many directions at a single time, changing leadership has contributed to the downfall of this tech giant.

Also check out our blog about, The rise of Google.

Please feel free to let us know if you have any comments and suggestions. Please subscribe to our free newsletter to stay updated about our latest blogs.

The past few years have seen rapid growth in the number of...

What is a Branding?According to the Oxford dictionary, the definition of branding is "the...

Do you know that more than 4 million blogs are being posted on world wide web everyday?...

Deleting your browser history is not enough for stopping...